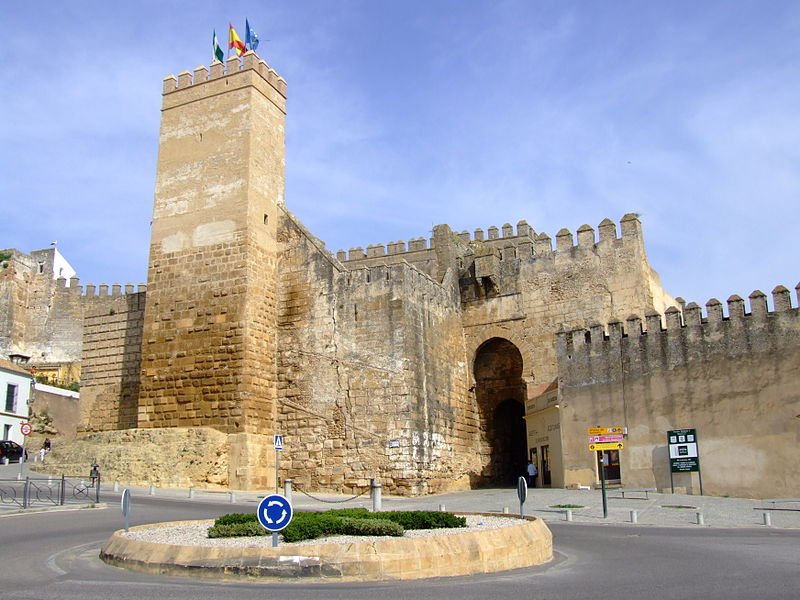 It is said that King Ferdinand III considered the Andalusian city of Carmona to be a bright light among the stars. This historic and enchanting Spanish city is a must see. Carmona, Seville’s neighbouring city, ever since they shared an ancient wall connecting the two cities, is a place worth visiting. Come with us to explore!

The Alcázar of Carmona, or fortress and home for past Kings and Queens, is located in the well-known Blas Infante Plaza built over the Gate of Seville which forms a fortress complex that was nearly inaccessible for enemy attacks. When it was built and during its active years, the location of the fortification was completely strategic as it was built at an elevated height within the walled in area, reinforcing the defence of Carmona against possible attacks.

This building has been marked by important historical changes, especially during the 14th and 15th centuries. Sometime later, between 1973 and 1975, it was restored and remodelled both in its exterior as well as interior. Currently, the Alcázar of Carmona is  used for celebrating cultural acts and touristic visits, as it is now the centre for tourist information.

Architecturally speaking, the Alcázar has some important structural elements that should be highlighted. First, the “Torre del Homenaje”, or the Tower of Tribute in English, extends to the height of the inner courtyard, still has the padded armchairs intact. Second, the “Torre del Oro”, or the Gold Tower, from which one can see a wide panoramic of the entire city of Carmona. Third, “El Patio de los Aljibes” Or Courtyard of the Cisterns, also known as the inner courtyard, which holds an excavated cistern built into the construction.

This is located in the same building which housed the Ancient Convent Residence of the Jesuits. The construction dates back to the year 1621. However, in the era of Charles III, the Jesuits  were deprived of the material goods that belonged to them and that meant that the residence became a pupil house. Some years later, in 1842, it was transformed into the previously mentioned town hall and was later reformed on two occasions, in the year 1980 and 1992.

Currently, the building is organised around the old courtyard of the senate, where even today it is possible to observe a large Roman mosaic, called the “Mosaic of Medusa”, which was found in the historic district of Carmona. Likewise, in the Sessions Room, there are two jewels, like the memorial tomb stone of Tulio Amelio, dated from the 1st century C.E. and some fragments of the “Mosaic of Bruma”.

This is an enclosed convent which houses an order of Franciscan nuns. The convent of Santa Clara was founded in the year 1460 by a papal bull and protected since then by Beatriz Pacheco, the Duchess of Arcos. Due to the slow construction process, the convent itself contains various different architectural styles. The temple is also linked with the exterior through two doorways, between which it is possible to view a sculpture of Santa Clara.

Casa-Palacio or Home-Palace of Los Domínguez is located very close to the Church of San Bartolomé, the Palace-Home of Los Domínguez is a civil building of great interest built in the 18th Century. Currently, the office is the main headquarters for the library and municipal archives of Carmona. The construction is characterised by its baroque style, which stands out with its enormous doorway with two visibly differentiated bodies and with a geometric decoration on the exterior wall.

Fountain of the Lions and Alameda of Alfonso XIII

Situated near the outskirts of the city, the Fountain of the Lions is commonly known was the “Plaza de Abajo”, or the lower plaza, as it is located in the lower part of the walled area, while the upper area of the city is called “Plaza de Arriba”, upper plaza. This Fountain, with the passing of time, has become a meeting place, which later led to the construction of an alameda, or boulevard, nearby. With the Ibero-American Exposition of 1929 in mind, which was celebrated in Seville, the well-known Alameda of Alfonso XIII boulevard was remodelled and took on its current appearance.

This is the most notable monument in Carmona and it is a architecturally unique item of its genre. The Roman Necropolis, or cemetery, was discovered at the end of the 19th century due to the initiative of the archaeologists Juan Fernandez Lopez and George Edward Bonsor. This dates back to the first century and contains a considerable number of collective mausoleums, formed by a subterranean chamber, which were the most common types of burials in the Necropolis of Carmona.

The most common ritual was incineration. The cadavers were burned in incinerators excavated within the rock and after being covered with dirt in the ground, they placed a funerary stele or tombstone to indicate the location and the name of the deceased. Some chambers still hold the fossil shape of the doors that enclosed them.

In the open area where the current market is located, there was a Monastery under the Dominican order of Santa Catalina. This market was created at the end of the 16th century, although the current building was built in the year 1842 by the Architect Ramón del Toro. Nowadays, there is a construction like a Main Plaza square surrounded by different businesses and archways for different market stands, although there is a section of the square that still pertains to the old convent.